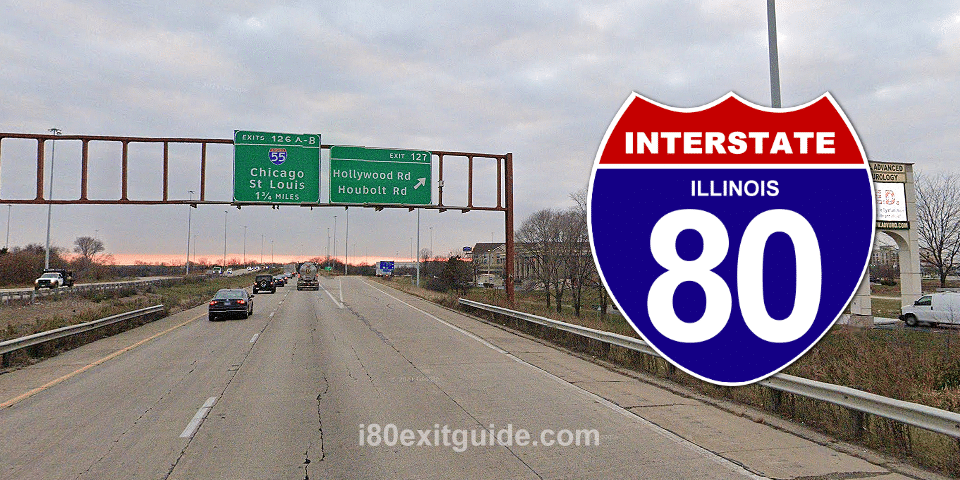 The Illinois Department of Transportation announced today that bridge deck patching and repairs to I-80 between Raynor Avenue and Gardner Street, in Joliet, will require ramp and lane closures over multiple extended weekends. This is the second of eight planned weekend closures along the corridor.

Lane closures are now in place on westbound Interstate 80, between Rowell Avenue and Center Street. Additionally, the ramp from Richards Street to westbound I80 will be closed. During that time, motorists should follow the posted detour to access the expressway. At least one westbound I-80 lane will remain open at all times and eastbound I-80 will not be impacted. Westbound I-80 motorists traveling through the region should consider alternative routes to avoid the area. Local streets are unable to accommodate heavy or wide trucks, so other interstate routes are encouraged. The ramp and all lanes are anticipated to reopen by 5 a.m. Monday, Sept. 19.

Additionally, the eastbound I-80 ramp to Richards Street is closed for reconstruction, with an anticipated reopening in late fall. The posted detour directs traffic to exit Briggs Street and reenter westbound I-80 to access the Richards Street exit.

To complete the project, additional extended weekend lane and ramp closures are scheduled to take place, from 10 p.m. Thursdays to 5 a.m. Mondays, alternating between westbound and eastbound I-80 for approximately six additional consecutive weekends, weather permitting.

The work consists of patching, milling, resurfacing and pavement striping to keep the pavement in acceptable condition until the larger corridor project can begin. By scheduling the work over multiple weekends this fall, the unplanned, emergency closures that have occurred with increasing frequency in recent years can be minimized. Also, by planning the repairs, they can be performed more safely and allow motorists the opportunity to plan ahead and use alternative routes to avoid the area when feasible.

As one of the country’s three coast-to-coast interstates, I-80 through Joliet and Will County carries approximately 80,000 vehicles a day, about 25% of which are trucks.

Advance work on I-80 started last year with a $41.7 million project to replace the eastbound bridges over Hickory Creek, Richards Street and Rowell Avenue/Canadian National Railroad, and westbound over Richards Street, in Joliet, Rockdale and New Lenox, while widening eastbound I-80 from Gardner Street to Rowell Avenue. Once the eastbound improvements are completed later this year, similar improvements will begin in the westbound direction.

Plans are being finalized on the overall I-80 project that will redesign and rebuild 16 miles from Ridge Road, in Minooka, to U.S. 30, in Joliet and New Lenox, while adding or extending auxiliary lanes to improve safety and reduce congestion. Interchanges are planned to be rebuilt or improved at Interstate 55, Illinois 7, Center Street, Chicago Street, Richards Street and Briggs Street, with a new flyover ramp linking southbound I-55 to eastbound I-80 to improve traffic flow and safety. More than 30 bridges are planned to be rehabilitated or replaced, including those over the Des Plaines River. 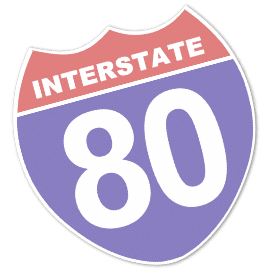 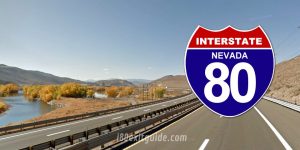 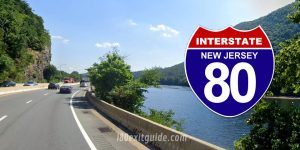